Recently Promods became fully compatible with the latest ETS2 and SCS map packs again with the release of version 2.45. The Middle East pack was also updated.

So for this trip I looked for a drive from Damascus in Syria to Bitola (Битола) in North Macedonia. The load was empty pallets from the Arabic Foods facility.

At 15:02, my driver turned right out of the facility to have a look at the big mosque, and then quickly made his way to highway 1. This traveled west along narrow valleys towards the Lebanon border. There are one or two small towns along the way, and a couple of checkpoints, but my driver managed to avoid any fines at the very slow checkpoint zones.

He made it to Lebanon, taking route 30 past Zahle, and quickly into Beirut. It was a slow drive through the town, with red lights and a breakdown of another truck. Eventually he reached the docks, and boarded the ferry at 19:00. His destination was Larnaka in Cyprus. This was going to take 6 hours and 48 minutes, and would cost €326.

He reached Thessaloniki by 10:28, and by 10:36 he had left the city on the E75 going west and south. The route turns off the way to Athens (unavailable to drive in Promods), and turns on to the E90 going west and south. Eventually he reaches the E65, going north past Ptolemaida. This turns west for a while, then heads northwest for the border town of Niki.

He crossed the border into North Macedonia at 14:40. The drive was quite short to Bitola and reached the Kadranska Trgovina depot at 15:07. He skipped the parking.

Notes:
* A variety of other maps can be added, check the forums for details. 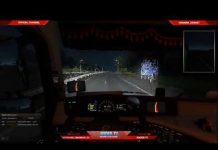 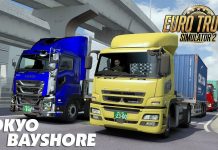