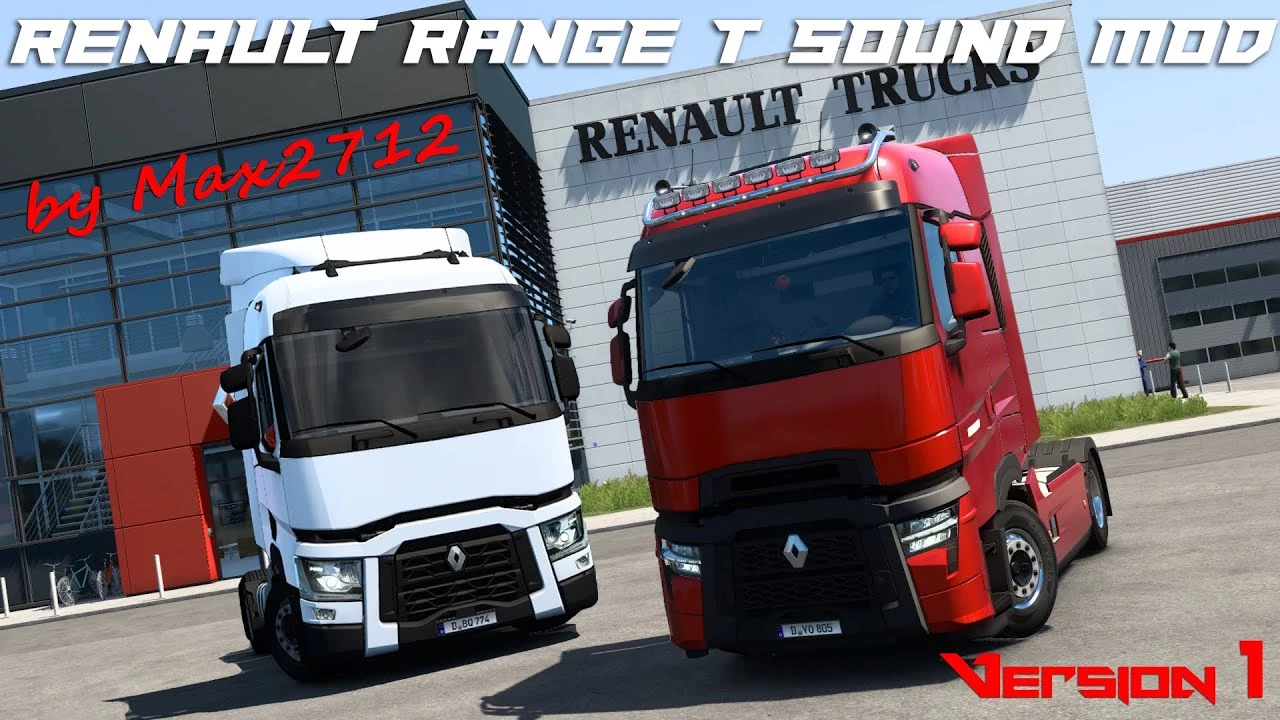 Renault Range T sound mod for ETS2.  used kriechbaum´s soundfiles from his Renault T sound and built my own sound mod out of them. That means I haven´t used his finished soundbanks, but instead made my own ones and only used his samples, so the mixing and balancing of the samples is  own work. I think the result is pretty good, at least better than the stock SCS sound xD
The sound mod includes two engine sounds: one for the DTI 11 engines and one for the DTI 13 engines. All interior sounds are included too.
The whole feature list: